A New Sheriff is in town! (x2 coming soon) 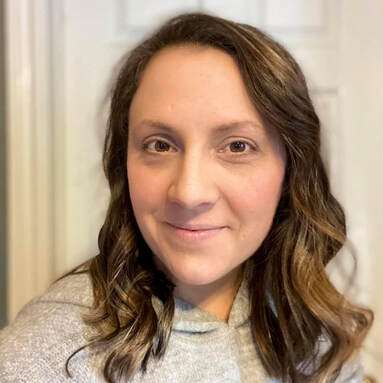 The MVBC board has been on the search for great leadership for the camp. The words from Alice in Wonderland says, “If you don’t know where you want to go, then it doesn’t matter which path you take.” And so, instead of looking for 1 Director the brilliant idea became 'what if we hire two?' One to run the programs and the other to connect with our supporters, oversee admin and cast vision of where the camp can head.
So we are very excited to announce our new Executive Director at Miramichi Valley Bible Camp.

Angela Ettinger is a wife, mother, and pastor who is passionate about people living out their God-given purpose here on earth. She desires to see children, youth, and families growing together spiritually, and people living in the freedom that comes with a relationship with Jesus Christ.
Angela has been involved with MVBC since the summer of 2017, when she was first asked to speak at one of the Kids Camps (she has since spoken at Kids Camp for 3 consecutive summers). Angela also sat on the board of MVBC for a year and a half before having her third child. Angela is passionate about seeing MVBC be a lighthouse of Jesus’ love to the children, youth, and families of Miramichi and surrounding areas.
She is married to Joel, and mother to 3 beautiful girls, Leslie, Riley & Mirra. Angela has been in pastoral ministry to children & families since the Fall of 2009. She believes that children have a unique ability to understand and experience God’s great love for them.

If you have any questions about MVBC, please reach out to Angela, and she’ll be happy to help! mvbc@onehopecanada.ca

​Stay tuned for the announcement of our Program Director.
​